Hubei, home of the famous TCM Master Lishizhen, is the cradle of the Chu Chinese culture which has a centuries old background of traditional medicine. Shennonjia, well known as "The Kingdom of Chinese Herbs", is situated within its boundaries. Hubei College of TCM is located in Wuhan City, Hubei Province, the central part of the People's Republic of China. Wuhan City with a population of 8 million, while Hubei Province has a population of 60 million, has served as a hub of As far as the strength of education, science, technology and economy is concerned, it stands in the forefront of China and has been a famous culture city in history.
The College was the former TCM Training School of Hubei province established in 1954 and was renamed as Hubei College of TCM in January 1959. It was one of the earliest colleges of its kind in China.
Since 1986 when it started to enroll foreign students and Hongkong-Macao-Taiwan students, the College has successively founded organizations such as the Foreign Affairs Office, the International Training Department and the Hongkong-Macao-Taiwan Affairs Office. In 2000, the Hubei Department of Educaiton enabled the College to establish the Overseas Education College. Its purpose is manifold : it serves as a relatively independent facility, providing overseas students with both logistics and teaching. Also, the staff of this office is always ready to bring assistance or answer any questions 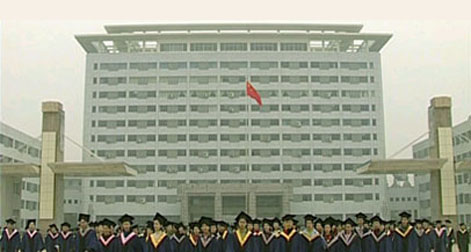