Wuhan University of Technology [WUT], which enjoys a long history, is a key institution of higher education under the direct administration of China Ministry of Education. WUT is now included among the State 211 Project, a prestigious club of the hundred best universities in China.

Situated in the center of China's hinterland, Wuhan has a good transport network composed of railways, highways and air routes linking the city to all other large and medium sized cities in the country. The city's ancient Panlong town has a history over 3500 years. Wuhan has become one of China's four economic centers only second to Shanghai

Wuhan is also a famous Chinese historical and cultural city. It has a sub tropical climate with an annual average temperature of 16.3 degree Celsius and rainfall of 1260 millimeters. Under this sub tropical monsoon climate and being rich in water resources, Wuhan is famed as a "city with hundreds of lakes". Its fresh water area ranks first among Chinese cities. It's best known sceneries include East Lake scenic area, yellow Crane Tower and Shengxiang Pagoda, etc. 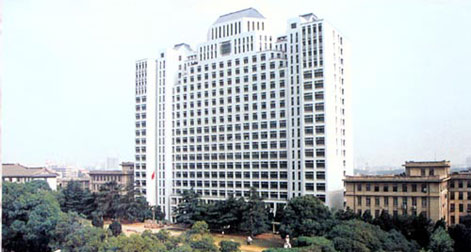 The University has eight major disciplines, with Management Science having a strong focus. There are other disciplines such as Natural Sciences, Engineering, Humanities, Economics, Law, Philosophy and Education. It is a satisfactory and mutually complementary variety, giving WUT a much wider space for development and more strength for power and enhancement.

The university pays high attention to the development of teaching faculty and possesses rich human resources. Presently, it has over 3,000 academic faculty members (the total staff is nearly 6,000), among which there are 1163 associate professors, 540 professors, out of which 1170 are master degree program supervisors and 253 are doctoral program supervisors. There are more than 35,000 full-time undergraduates and 12,000 graduates and post graduates for Master and Doctoral Programs.

The MBA program for foreign students prepares students for management and leadership positions in the global economy. MBA students are exposed to a balanced mix of subjects, that ensures a solid foundation that includes business fundamentals, tools, and models useful for making decisions with a healthy exposure to information technology..

WUT promotes and encourages the quest for economic excellence by fostering high quality research, an innovative spirit, meticulousness and dedication. It constantly strives for excellence in all fields and is a torch bearer for a resurgent and stronger nation.

Due to large scale reforms and the opening up to the outside world, Wuhan has embarked on the road to building itself into the largest Chinese financial and trade center and a key industrial and commercial port linking China's inland markets with the economic sphere of South East Asia, North East Asia, and Middle Asia markets as well as international markets.