Wuhan University of Technology [WUT], established on May 27th, 2000, is a key institution of higher education under the direct administration of China Ministry of Education. WUT is now included among the State 211 Project. Wuhan has a long history. Situated in the center of China's hinterland, Wuhan has a good transport network composed of railways, highways and air routes linking the city to all other large and medium sized cities in the country. The city's ancient Panlong town has a history over 3500 years. Wuhan has become one of China's four economic centers only second to Shanghai The University has eight major disciplines, with engineering being the mainstay and natural sciences as its foundation. The eight disciplines are combined with one another to involve natural sciences, engineering, humanities, economics, management, law, philosophy and education. It is a satisfactory and mutually complementary variety, giving the new WUT a much wider space for development and more strength for power and enhancement.Wuhan is also a famous Chinese historical and cultural city. It has a sub tropical climate with an annual average temperature of 16.3 degree Celsius and rainfall of 1260 millimeters.Under this sub tropical monsoon climate and being rich in water resources, 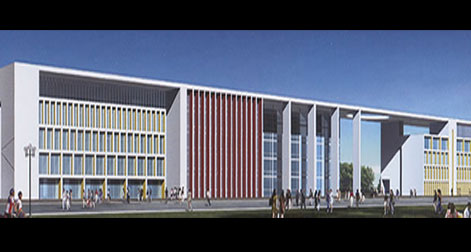 The principle of all the staff members of WUT will act on is basing themselves on educating people; putting academic learning above everything else; creating superiority with characteristics; striving for development by innovation. The model being explored for running the university is to seek support by better service; to strive for betterment by more contribution, and to build the university by joint efforts of the production, education and research units.

The objective the university will attain is to develop it into a first-class one as a whole nationally and parts of its disciplines into excellent ones internationally. All the staff of WUT in the light of the university spirit of being united, rigorous, realistic and innovative will seize every opportunity to make greater contributions to the education and science of China and the world.

Due to the drive of deepening reform and opening to the outside world, Wuhan has embarked on the road to building itself into the largest Chinese inland, financial and trade center and a key industrial and commercial port linking China's inland markets with the economic sphere of South East Asia, North East Asia, and Middle Asia markets as well as an international metropolis.